I get many questions about our all winter open river.  This is an attempt to show what happens.

We have a unique situation in Reads Landing.  Up river from us is Lake Pepin which is a relatively huge reservoir of relatively warmer water in the winter.  Just at Reads Landing the Chippewa River enters the Mississippi.  This creates some major turbulence.  So we have warmer water mixing with “frozen” water.

During the first real cold snap of the winter, the whole river freezes over completely.

Shown here at 8:41 am.  If I remember the temp was around 15 below zero. The next picture was taken at 9:50 am, just over an hour later.  You can just see the start of openings.

Then at 1:32 pm the openings are getting larger.

The next picture was taken at 3 pm, and the holes are larger still.

The next picture was taken the next morning at 7:30.  It was still about 8 below zero then, and there is quite a difference in how open it is.

And the next is another 24 hours later.

At this point the river will not freeze over again the rest of the winter.  Eagles can fish as they wish.  So basically the eagles have about 24 hours of slim pickin, and they can go a couple of days between meals quite nicely 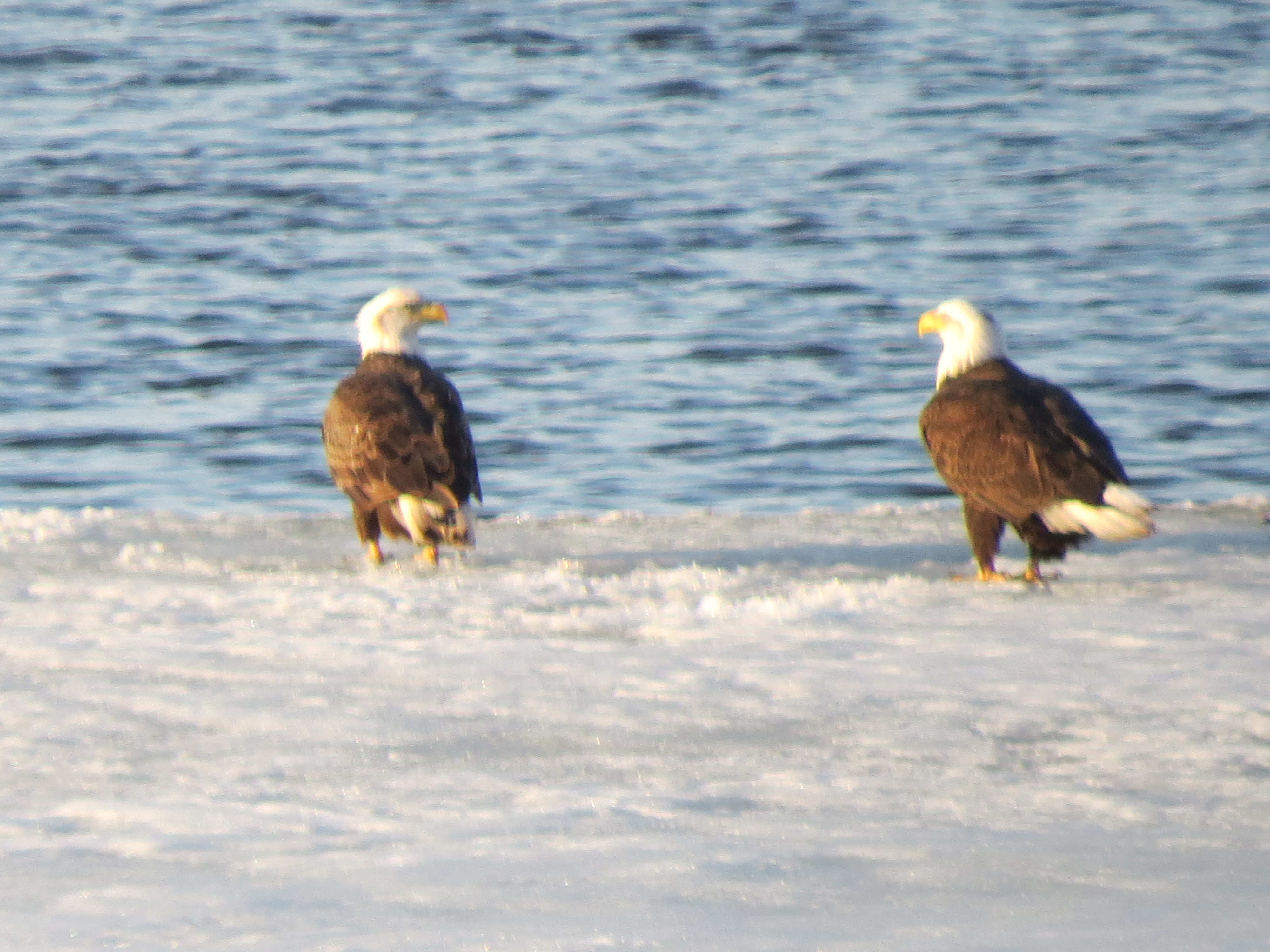 Here we are 6 days later and still plenty open.  These birds are Trumpeter Swans, Mallard ducks and Golden Eye ducks.

Hope this helps people understand why we have the best eagle watching in SE Minnesota.

Come and enjoy.  The National Eagle Center will have its yearly SOAR event each weekend in March, and the numerous extra programs are well worth the visit.  Check out their web page:  www.thenationaleaglecenter.org.